The Advisor for our retired members is now available! - MTRS

Message from the Chair

We proudly celebrate 105 years of service to Massachusetts educators

On July 1, the Massachusetts Teachers’ Retirement System will celebrate its 105th anniversary. Not surprisingly, our membership demographics have changed significantly in the past century:

This maturing of our plan has created funding challenges. As you know, the financial health of our system depends on three sources of income: employee contributions, employer contributions (which are paid by the Commonwealth on behalf of local school districts), and investment income. Our investment assets—now more than $29 billion—are managed by the state’s Pension Reserves Investment Management (PRIM) Board, which has been long recognized as one of the nation’s top public sector institutional investors. As noted in this newsletter, PRIM is in the running for “Public Plan of the Year” and we congratulate them on their nomination—the fourth in as many years.

Although many things have changed since 1914, one thing has remained constant: our commitment to providing you, the educators of Massachusetts, with quality service and retirement security. We look forward to serving you for many years to come.

My best wishes to you and your families for a healthy and happy summer,

Jeff Wulfson, Deputy Commissioner of the Department of Elementary and Secondary Education, Chair of the Massachusetts Teachers’ Retirement Board

As we go to press, 98% of you have already returned your forms

As most of you know, every other year, we are required to conduct a process by which we verify all benefit recipients’ continued eligibility to receive payments.

This past January, we mailed blue and yellow Benefit Verification forms to our over 66,000 members who were receiving a monthly benefit as of December 31, 2018. We are very happy to report that, as we go to press, we have received nearly all of these forms—a return rate of 98% to date. Thank you for your cooperation!

Benefit recipients who do not submit completed forms by the beginning of July will have their MTRS benefit allowances interrupted, beginning with their July payments, and their benefits will not be reinstated until they complete and return their Benefit Verification forms.

What is the purpose of the Benefit Verification process?

While we know that this might seem like a tedious and bothersome task for some of you, it is a very helpful and serious process for us. Most importantly, it ensures the protection of the retirement system by verifying that we are paying benefits to you, the people who earned them. In order to ensure that benefits are still being paid to the correct individuals, by law, we must confirm that the intended recipients are still alive and, therefore, eligible to receive benefits.

In rare cases—none in recent years—we have discovered that, after a retiree has died, a family member has continued to collect benefits even though that family member is not eligible for any survivor benefits.

As an added benefit, this process helps us identify retirees who are entitled to an increase in their benefits—specifically, members who retired under Option C, whose Option C beneficiary has predeceased them, but who have not yet notified us of their beneficiary’s passing. (Under Option C, if your survivor predeceases you, you are to notify the MTRS because you are then entitled to have your payment “pop up” to the higher amount that you would have received under Option A. )

In addition to the Benefit Verification process, what other methods does the MTRS use to prevent the fraudulent collection of benefits after a retiree’s death?

For many years, we have utilized a variety of verification methods, such as deceased Social Security number match services and tracking of tax documents. Although these methods have been largely successful, the MTRS has uncovered a small number of instances where a family member of a deceased retiree, who is not eligible for any survivor benefits, has continued to collect benefits after the retiree’s death. In instances of pension fraud, we have worked with the Attorney General’s office to prosecute the appropriate individuals.

If the MTRS isn’t notified in a timely manner of a retiree’s death and an overpayment occurs, what do you do to collect the overpayment?

In the event that we are not notified in a timely manner of a retiree’s death, or the retiree’s death occurs after our mid-month processing date and we are unable to stop their benefit payment, an overpayment may occur. When this happens, it is our responsibility to recover any benefits paid after the date of death.

In these cases, we understand that it may be a difficult time, and we work closely with our retiree’s survivors, and his or her estate, to explain the steps that we need to take to reclaim the overpayment, or that they need to take to repay it.

In most cases, the recipient’s bank or survivor returns the overpaid funds to the MTRS, and the retiree’s account is closed.

However, if the amount is not repaid, the MTRS will pursue several options to recover the funds. The Board may:

We understand that it can be an uncomfortable subject to broach, but have the talk now: Advise your survivors to notify us as soon as possible after your passing to notify us, so that we may process any benefits that may be payable, and to help prevent the potential issues involved with unnecessary overpayments. For additional info, see our web page on reporting the death of a benefit recipient. 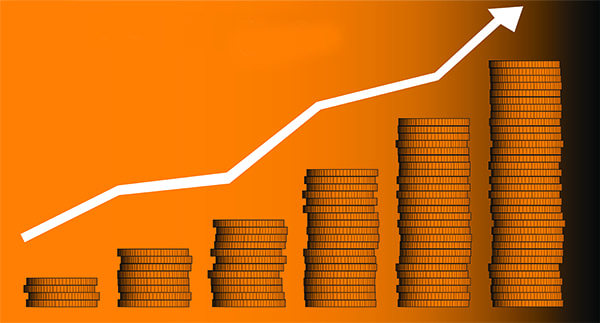 If approved, would allow a maximum annual increase of $390, effective July 1st

The current FY2020 budget proposals from the Governor and the Legislature all include a recommended cost-of-living adjustment (COLA) of 3% on the first $13,000 of eligible MTRS retirees’ benefits, for a maximum annual increase of $390 for the fiscal year beginning July 1, 2019. To be eligible to receive this COLA, you must have retired on or before June 30, 2018.

Although the Consumer Price Index for the year ended December 31, 2018 was 2.8%, the Legislature and Governor may still allow an increase up to 3% on the base amount in accordance with M.G.L. Chapter 32. In previous years (including last year) when the CPI has been less than 3%, Governors and the Legislature have approved COLAs of 3%. Before the MTRS can pay any COLA, however, the FY2020 budget must first be finalized. The increase, if approved, will take effect in our retirees’ July benefit payments.

This year, we proudly mark 105 years of service to Massachusetts educators

When the Massachusetts Teachers’ Retirement Association opened its doors on July 1, 1914, it did so under the advisement of the Board of Education, who reported to the state legislature that “a system of pensions for teachers…will attract to the public service a higher type of individuals than would otherwise enter it, and will tend to preserve in such individuals those qualities of mind and heart on which lasting  success depends.”

Over a century later, those words still ring true. We may have had different names over the years, but our commitment to educators remains unchanged.

The Teachers’ Retirement Association was established as part of Chapter 832 of the Acts of 1913, signed on June 19, 1913. The legislation had a tumultuous history: in 1911, a bill asking for enactment of a teachers’ retirement system failed to pass. The Legislature instead passed a resolve asking the Board of Education to decide whether such a system would work. In response, the Board presented recommendations with Chapter 832, the bill that created the MTRS, effective July 1, 1914.

Over the past 105 years, the MTRS has served countless numbers of retirees, active members and their families. We look forward to continuing a tradition of excellence in helping our members achieve a rewarding and enjoyable retirement for many years to come!

For more MTRS history, see our milestones over the years.

Our system: Who we are, and where we stand

Unless otherwise noted, figures are as of January 1, 2018. Source: Public Employee Retirement Administration Commission’s 2018 Actuarial Valuation of the Massachusetts Teachers’ Retirement System. Our next valuation, effective 1/1/2019, is to be expected to be completed by the fall of 2019.

A profile of our membership…

…and our funding status

The Teachers’ Retirement System’s assets are invested by the Pension Reserves Investment Management (PRIM) Board. As of April 30, 2019, the PRIT Fund’s assets were invested as follows:

For more information about the PRIM Board and the PRIT Fund, visit PRIM’s website.

PRIM Board has been nominated for “Public Plan of the Year” for a fourth year running; previously awarded in 2016

PRIM has been nominated for a fourth year running for “Public Plan of the Year” at Institutional Investor’s 17th annual Hedge Fund Industry Awards, to be held in New York on June 27, 2019. PRIM previously won this award in 2016.

PRIM continues to receive recognition for its innovative hedge fund program that produces very high risk-adjusted returns while saving approximately $100 million annually on hedge funds fees. PRIM led the industry with the use of direct hedge fund investments replacing fund-of-funds, and also led in its pursuit of separately managed accounts (SMAs), which give PRIM complete transparency, more control and lower fees than commingled funds that are the norm for most investors. SMAs now comprise more than 75% of hedge fund assets. PRIM’s SMA program and—more recently—its Emerging Manager Program, are being emulated by peers across the globe.

The Massachusetts retirement statute provides that any public employee convicted of a crime “involving violation of the laws applicable to his office or position” forfeits his or her retirement allowance, and is entitled only to a return of his or her contributions without interest.

The Massachusetts Teachers’ Retirement Board believes that in the very rare instance when an educator is convicted of the possession of child pornography or other sex crimes against children, even if “off duty,” that educator should forfeit his or her pension because such crimes are repugnant to the special trust and duty inherent in the position of an educator.

Unfortunately, the Supreme Judicial Court disagreed with the Board in Garney v. MTRS, 469 Mass. 384 (2014). Although the Court readily acknowledged that teachers are charged with a “special public trust,” and that crimes such as possession of child pornography may be sufficient to dismiss a teacher from employment, the Court held that a conviction for the private possession of child pornography did not sufficiently “involve” the position of teacher so as to forfeit a teacher’s retirement allowance.

As it did in 2014 and 2016, the Board has again filed legislation to make clear that certain offenses, namely possession of child pornography as well as others that require registration as a “sex offender,” when committed against children, are so contrary to the role of educating children that convictions of these crimes are indeed “fundamental” to the job of an educator.

Our current filing—H.17, AN ACT RELATIVE TO PENSION FORFEITURE—would make substantive and technical changes to the retirement statutes regarding the forfeiture of a Massachusetts public employee retirement benefit. Specifically, this legislation would:

The Board is aware that the vast, vast majority of the educators in the Commonwealth uphold this special public trust and are no doubt appalled at the notion that a small number do not. Although this affects very few of our members, the Board feels that even one case is unacceptable and, for that reason, has filed this legislation.

Power of attorney (POA)
What is a power of attorney (POA) and why should I have one?
Beware of Social Security scams
New scam targets senior citizens
MTRS Board election 2019
Board election to be held this fall for elected-member seats currently held by Jacqueline Gorrie and Dennis Naughton
Congratulations!
Two long-serving PERAC colleagues retire